Seismic Design and Structural Reliability: how it started vs how it is going 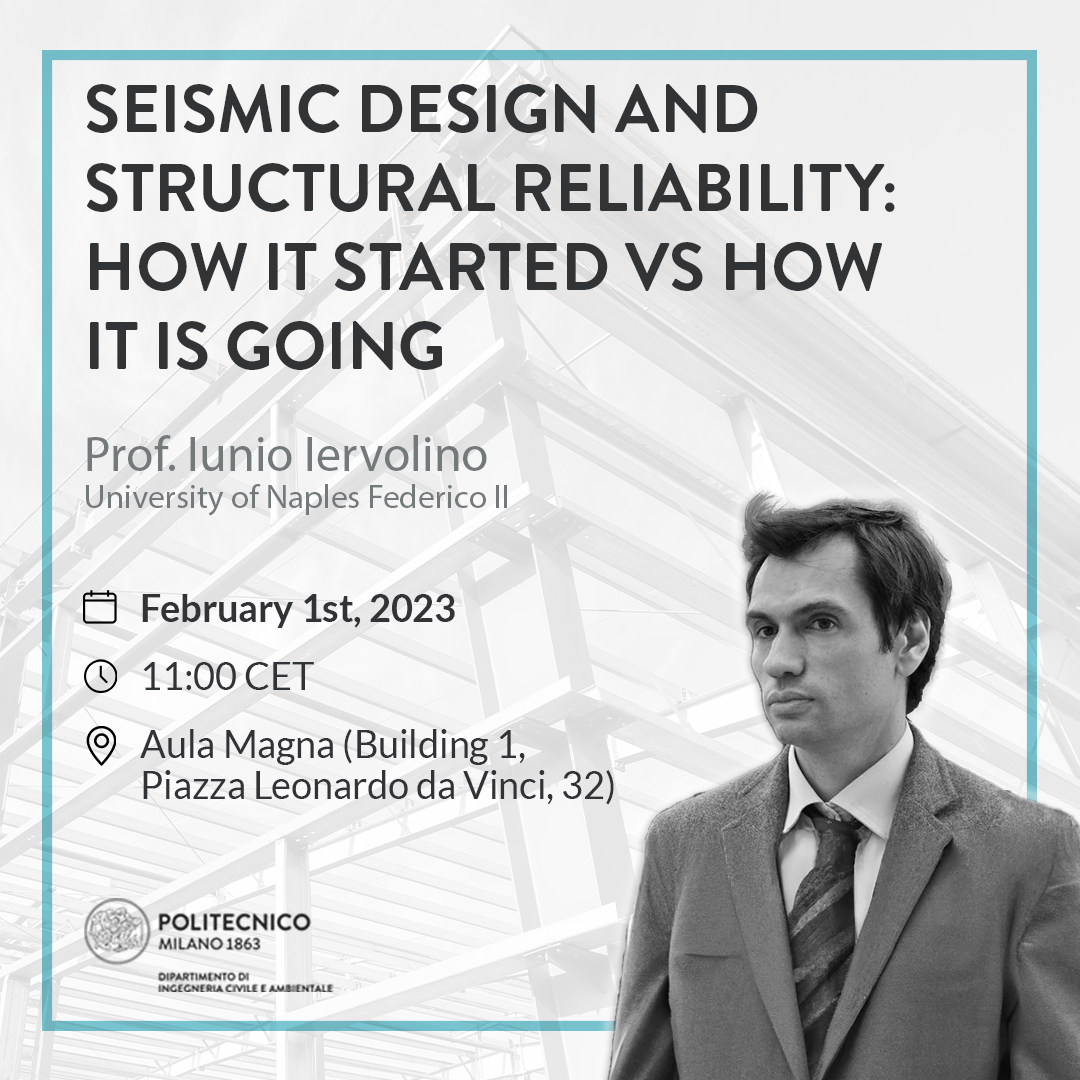 Modern era building codes generally state accepted levels of structural reliability. However, in the case of seismic action, design is often performed via a (largely) simplified version of performance-based design, in which only the design ground motion intensity is established based on an explicit probabilistic approach. It follows that, not only the reliability achieved by design is not known to the practitioner, but also that structures of different typologies and/or with different construction site, may show failure probabilities differing by orders of magnitude. In the seminar this is shown with reference to the case of structures (i.e., buildings and bridges) designed according to the current Italian building code, which has large similarities with Eurocode 8. It is also discussed that the main causes are to be searched in the lumped use of site-specific probabilistic seismic hazard, and the code-prescribed minima (including in this the effect of gravity-load design) in areas of low-to-moderate seismicity. Nevertheless, despite these known limitations, it is also shown that the current approach to seismic design has led to a systematic improvement of structural reliability with respect to the approaches pursued in now-obsolete building codes. Finally, the current trends toward the evolution of seismic design are briefly highlighted.

We use cookies on our website to give you the most relevant experience by remembering your preferences and repeat visits. By clicking “Accept All”, you consent to the use of ALL the cookies. However, you may visit "Cookie Settings" to provide a controlled consent.
Cookie SettingsAccept All
Manage consent

This website uses cookies to improve your experience while you navigate through the website. Out of these, the cookies that are categorized as necessary are stored on your browser as they are essential for the working of basic functionalities of the website. We also use third-party cookies that help us analyze and understand how you use this website. These cookies will be stored in your browser only with your consent. You also have the option to opt-out of these cookies. But opting out of some of these cookies may affect your browsing experience.
Necessary Sempre abilitato
Necessary cookies are absolutely essential for the website to function properly. These cookies ensure basic functionalities and security features of the website, anonymously.
Functional
Functional cookies help to perform certain functionalities like sharing the content of the website on social media platforms, collect feedbacks, and other third-party features.
Performance
Performance cookies are used to understand and analyze the key performance indexes of the website which helps in delivering a better user experience for the visitors.
Analytics
Analytical cookies are used to understand how visitors interact with the website. These cookies help provide information on metrics the number of visitors, bounce rate, traffic source, etc.
Advertisement
Advertisement cookies are used to provide visitors with relevant ads and marketing campaigns. These cookies track visitors across websites and collect information to provide customized ads.
Others
Other uncategorized cookies are those that are being analyzed and have not been classified into a category as yet.
ACCETTA E SALVA